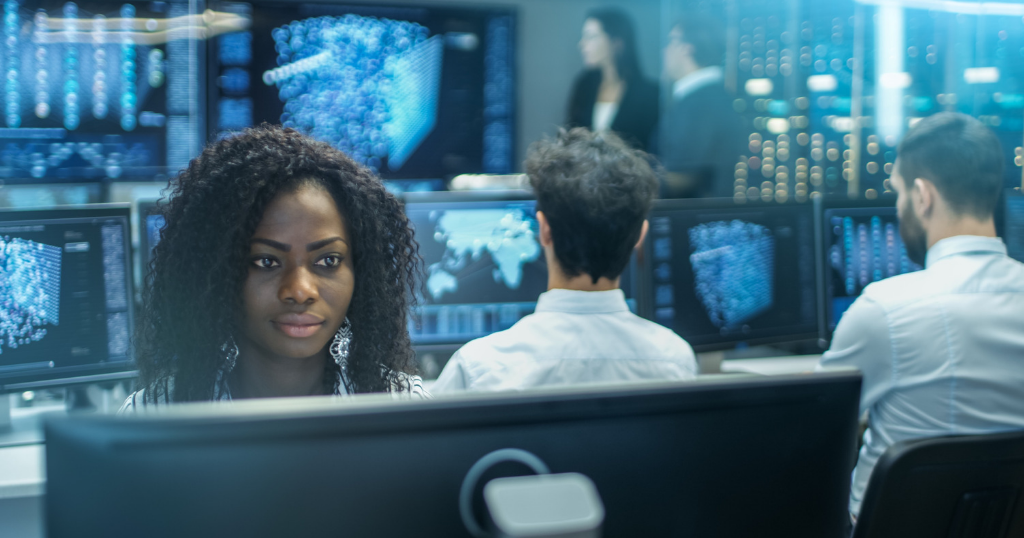 I did a ton of job interviews during my senior year of college. Interviewing usually consisted of a four to five hour “loop” of technical interviews at the company’s office. Company engineers spent one hour at a time asking programming questions. One such loop stands out in my memory. I’d met with the first two engineers on the loop when the technical founder/CEO walked into the room to ask a few technical questions. He was the author of a large, open source project. So, while I’d never met him before, I recognized his name and expected a challenging interview.

Shockingly, his first question had nothing to do with technology. “Why do all the black kids sit at the same table at school?” he asked. I was taken aback but tried to explain the social dynamics that might be at play. He followed with, “Why is it no longer okay to say n****r?”

I had never had that cutting word said to me and had a serious choice to make. Should I stand up and leave, or treat this as a teaching moment? It took mettle, but I chose the latter and gave the best three-minute summary of 20th-century race relations that I could come up with. I finished the interview loop and went back to campus. When the recruiter called and congratulated me on getting an offer, I immediately declined, citing “severe cultural differences.”

As the only black person in the room, I was terrified of how it would feel to explain this story to everyone.

Previously, I shared the story of that interview with just a handful of close friends. But about a year ago it came to the forefront when I wasn’t expecting it to. I was at work participating in a brainstorming session about how to conduct interviews. I had conducted hundreds of interviews across many companies, so I knew I’d have a lot to add to the discussion. The facilitator started the session by asking an ice breaker, “What is the strangest question you’ve been asked in a technical interview?”

I wasn’t listening to anyone else’s responses as memories of that interview, and all the anxiety that came with it, flooded my mind. I had tucked away the horrible feelings of that moment for years, but now they came rushing back to the surface. As the only black person in the room, I was terrified of how it would feel to explain this story to everyone. How awkward and quiet the room would be. How I would feel like the most distant outsider. 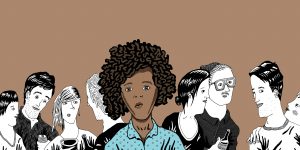 As it got around to my turn, I thought about all the discussions I’d heard about being able to bring one’s full self to work. The questions from that interview, as offensive as they may have been, were truthfully the strangest questions I’d been asked in an interview. Why should I have to filter and hide my past to avoid the spotlight? Perhaps this interview training was a chance to share with my coworkers some of the challenges someone like me can face, even if they don’t see it with their own eyes.

I truthfully told my interview story and, as I had expected, the room went silent. It felt as if the entire session had stopped and no one knew what to say. The facilitator awkwardly cracked a joke, which provided a decent enough release for the session to continue. Sadly, I wasn’t able to regain my focus for the rest of the meeting. A few folks tried to ask me about it afterward, but I could see that they didn’t know what to say. Should they try to empathize with me? Could they?

Conversations like this are difficult to have in the workplace, but ultimately necessary in creating an inclusive environment. They allow us to see the world from different perspectives, overcoming largely homogeneous social circles. Unfortunately, it can be hard to know how to start a conversation about these sensitive topics. Here’s the understanding I wish those coworkers had in that moment.

Admit that it’s hard—for the both of you. You are watching your words, not wanting to offend or seem ignorant. I’m also watching my words, not wanting to feel out-of-place and judgmental. That’s okay. It’s going to feel a bit uncomfortable. Feel free to express that it’s hard. That vulnerability will create trust and space to have the conversation.

Ask if it’s okay. You might have follow-up questions or a thought to add. Don’t assume I’m ready to, or want to, have a deep conversation about the issue right then and there. If I’m not ready, be okay with that. What seems like a simple question for you, might have a deep, complicated response in my mind.

Have a learning mindset. I have a different set of experiences than you. I am likely going to say things that aren’t supported by your experiences; your reality. That’s okay. It doesn’t mean that I’m wrong. Nor does it mean that you’re wrong. It means that you’re going to have to learn more about me to understand why I’m saying what I’m saying. Don’t try to figure out what’s right and wrong. Stay in a learning mindset.

While New York is the home to many transplants from various parts of the country, it is still a bubble. Difficult conversations about race and gender allow us to break out of this bubble, if only briefly, and appreciate what most of this country experiences. And those are the people we want to build our apps for, or reach with our political contributions. 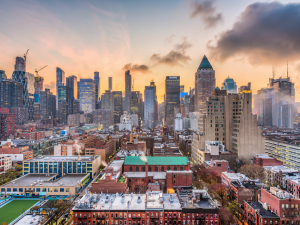 And yes, I’ve been interrogated at gunpoint by police because I “fit the description” (literally their words, not mine). That experience and many others shape how I feel every day in the tech industry, and this country. We should talk about this some more. Just be ready — you might find out a lot more than you bargained for.